No new mines in the Northern Jarrah Forests

The Northern Jarrah Forests are some of the most beautiful, diverse and vulnerable forests on Earth but they are facing a major new threat.

More than a century of logging and clearing have had major impacts on the Northern Jarrah Forests, their wildlife and waterways, and the Intergovernmental Panel on Climate Change (IPCC) has recently (March 2022) found that they are one of a handful of Australian ecosystems at particular risk of collapse due to the drying and warming climate.

We recently achieved a major policy change that will see native forest logging end by January 2024, which is massive progress for this area and the rest of the South West’s forests, but another major threat to these forests that must be addressed is mining.

Right now, both major bauxite mining companies, Alcoa and South32 (Worsley) are seeking huge expansions which would result in the clearing of a further 13,672 hectares of the Northern Jarrah Forests over the next fifteen years.

The Northern Jarrah Forests are under unprecedented threat, from a potentially fatal combination of climate change and extensive new mining applications. We must heed the IPCC’s advice and stop clearing these forests. 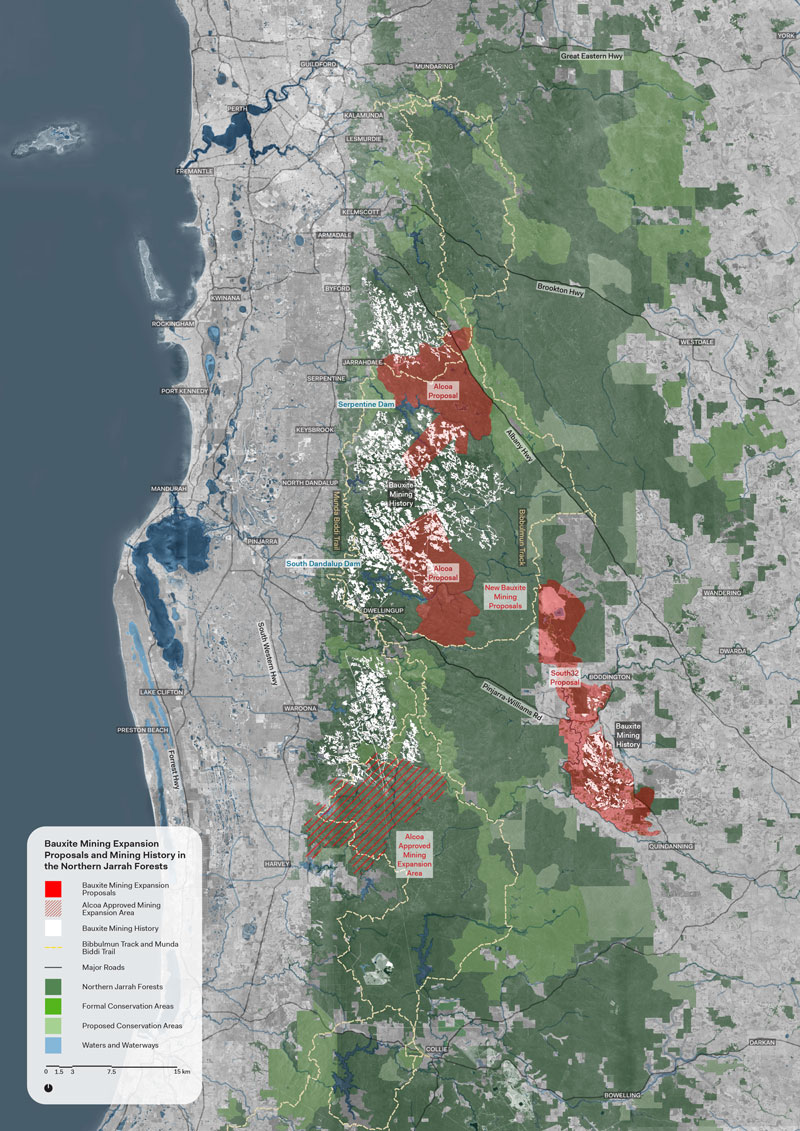 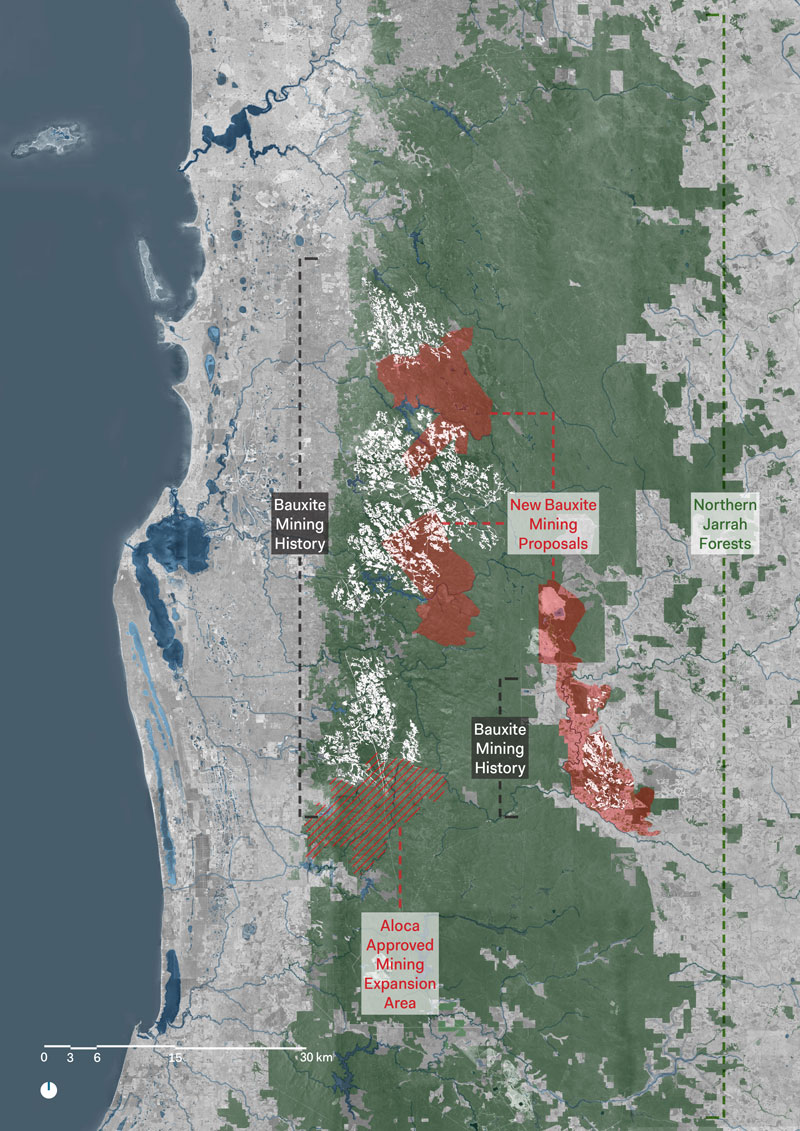 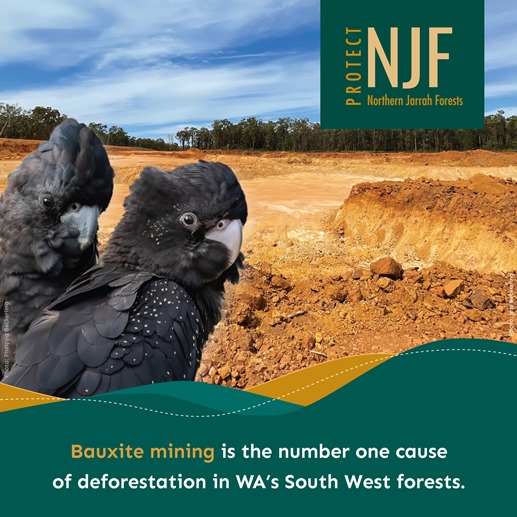 Since bauxite mining began, more than 30,000ha of Jarrah and Marri forests have been cleared and the rate is accelerating, with over 11,290ha cleared between 2010 and 2020.

At the latest UN Climate Change Conference COP 26, more than 100 countries agreed to end deforestation by 2030 in recognition of the key role native forests play in drawing carbon out of the atmosphere.

For Australia to honour this declaration, it must reject Alcoa and South32’s proposed expansions which would clear a further 13,672ha from 2025 – 2035 and beyond.

Native forests are our best allies in mitigating and building local resilience to the escalating impacts of climate change and biodiversity decline. The IPCC’s 2022 finding that the Northern Jarrah Forests are one of a handful of Australian ecosystems particularly threatened by climate change must act as an alarm call.

To find out more, you can read the latest report published by WAFA, The Wilderness Society and Conservation Council of WA, read our ​Frequently Asked Questions and subscribe here for more information and updates.